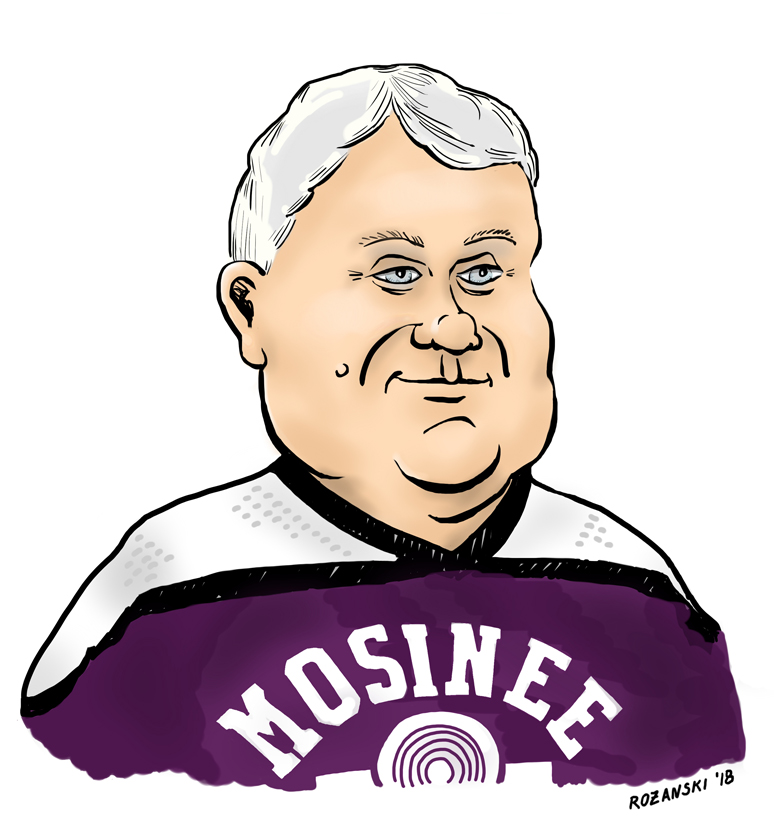 Growing up in Rogers Park, Alan liked to draw while his Dad did lessons for the Famous Artists Schools. Comic books and Mad magazine also helped ignite Alan’s urge to draw. His first published cartoon appeared in the Mosinee (Wisconsin) high school newspaper. After college, Alan designed packaging during the day, and developed two comic strips by night – Moon Crazy and House. After stowing his brush and ink for several years, he rebooted his career in 2018 with a focus on magazine gag cartoons. Hobbies include playing ice-hockey and guitar, but very rarely at the same time.