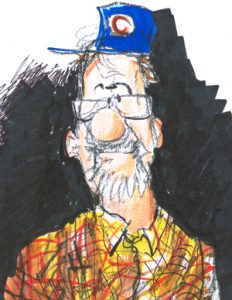 T. Brian Kelly is a freelance editorial cartoonist and humorous illustrator/writer. He publishes local editorial cartoons weekly in the Piedmont Post of Piedmont, CA and has been drawing professionally since 1990. His work has appeared in the Washington Post, San Francisco Chronicle, the Chicago Tribune, and other newspapers. He is a member of the Association of American Editorial Cartoonists (AAEC)